Every wedding is different. And yet, as photographers, our approach to them is often the same, dictated by our own predispositions. These predispositions cause us to miss important images and important stories that could be costing us in sales and referrals.

At Indigosilver, our average wedding album sells for between USD$3,000-$4,000 . That’s just the album! If you’d like to see results like this, here are 5 tips to help get you on the right path! 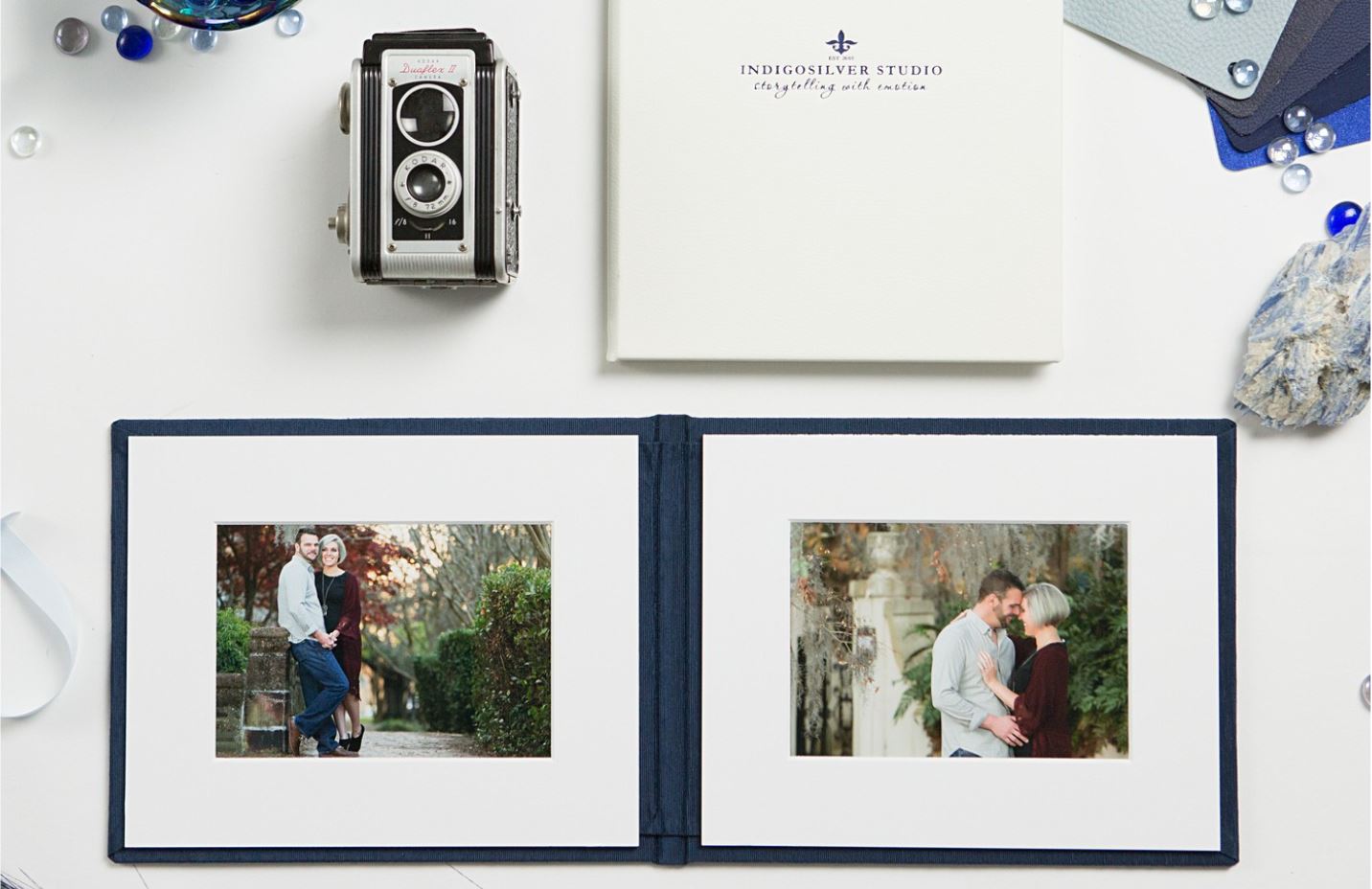 When we think of the wedding day as a series of sub-stories, we begin to photograph with greater intent. A story commonly has a beginning, middle, and end. A story has a setting and a main character. The main character has an emotional experience. A transformation occurs.

If you were to approach each sub-story of the day with these elements in mind, would it change how you approach wedding photography? Would it make you more thoughtful? More observant? Would you begin to put more creative effort into portraying each sub-story?

In order to capture the full story, it would require both careful detail shots and hero shots. But it would also require intentional attunement to the client to provide excellent photojournalism. We are telling our clients’ stories, not our own. This automatically requires that we talk to our clients about what is important to them and that we listen and deliver.

Capture those wedding-day sub-stories, and you have a solid foundation for a storytelling wedding album. Structure your wedding album to tell each sub-story, and your clients will be no longer concerned with page or image counts. They will be willing to invest in having their story told.

Even if you’re already capturing the majority of the sub-stories listed above, are you investing as much creative energy into them as you are into your favourite parts of the day? Are you capturing them with as much skill as you put into your couple shots?

Sell By The Story, Not By The Image

Now that we’re shooting for the story and not the image, it’s time to shift how we sell. For years, we sold albums based on the number of images or the number of spreads. By changing the way we shoot, we can change the way we sell and that means more money and larger wedding albums. When you can approach an album and sell by the story, the couples are now emotionally involved in the process, picturing their day in print.

From there design a worksheet that outlines every possible story you can think of from the wedding day. Here’s where we should break down each story to sub-stories, or micro-stories. For example, a wedding with a bride and groom, it would look something like this:

Each story should have a line to denote how many spreads of that story they would like. Schedule an album planning meeting with your client and walk through the worksheet with them. If you’ve photographed the wedding based on the stories on your worksheet it will be very hard for them not to include at least one spread from each story! Our worksheet has about 30-40 stories that we shoot for and often our couples include multiple spreads from each story. This means our average album has 80-100 pages! Can you start to see how the numbers start to add up? For each spread above the included 10-15, an additional cost is incurred. Determine a set scale of perks to incentivize additional spread purchases. For example, for every 5 spreads, the couple receives a USD$100 cover upgrade credit that they can use towards custom debossing or upgraded leathers.

By putting your couple in the driver’s seat during the design process, they become much more understanding of what stories should be in the album and more likely to purchase more spreads. Say goodbye to the days of “oh, 30 pages should be enough” and hello albums that are much more profitable! 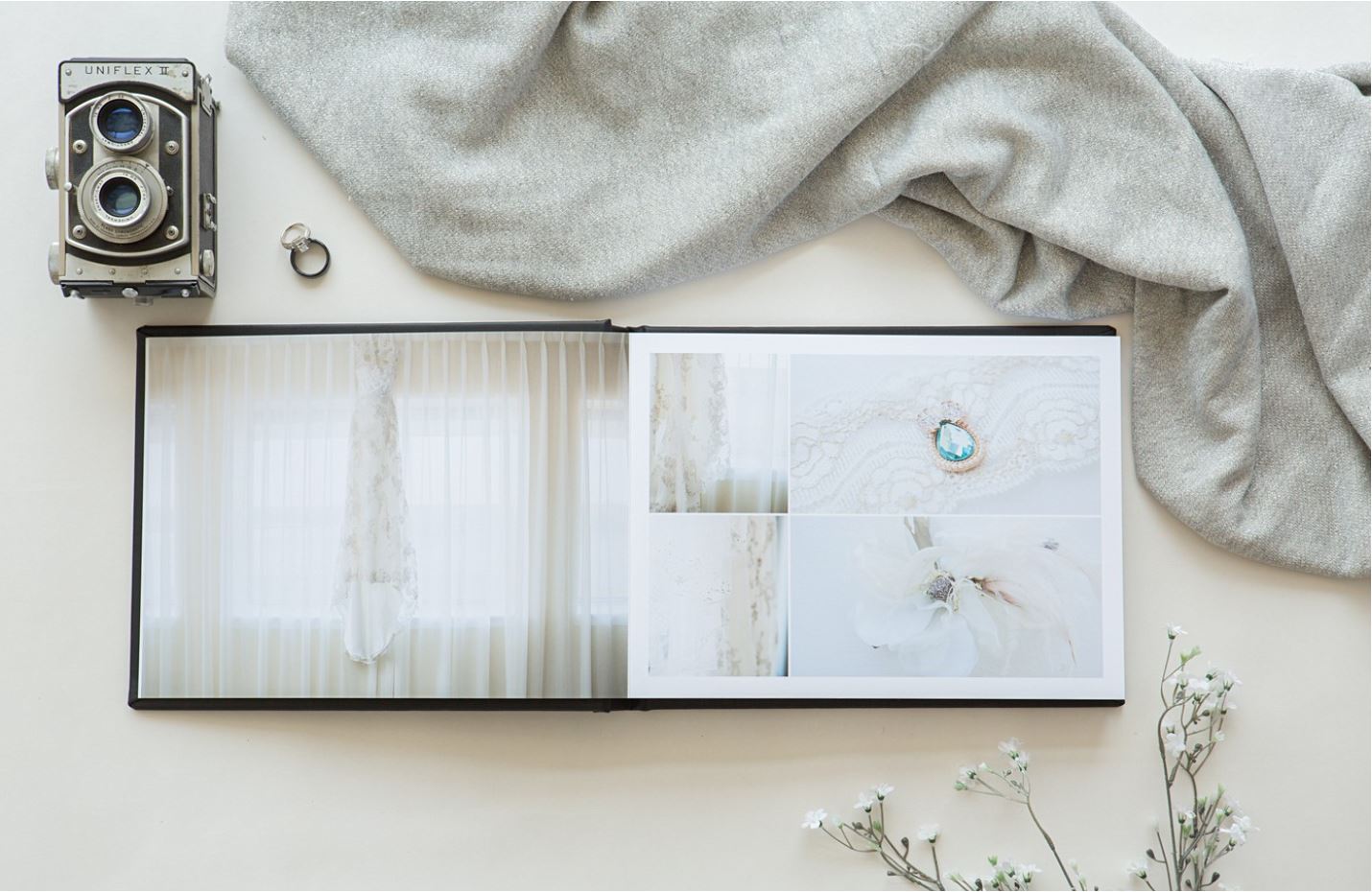 Show What You Want To Sell

In our studio, we have nearly 20 studio sample albums of all styles and physical sizes. We use albums from both Miller’s Lab as well as Vision Art Fine Art Books. We offer over 100 different fabrics and leathers to choose from and we’ve selected the more high-end options to display on our samples. We’ve also designed custom patterns and debossing that are unique to our studio and for that reason, our albums look completely different from any other photographer in our area.

But sample albums are expensive! That’s true, but most labs and bookbinders offer sample albums at 50% off so stock up! If that’s still not feasible, consider quoting a slightly longer turnaround time for client albums and use them for a week or two before delivering them. It works but keep in mind that if something happens to the album, you’ll need to replace it ASAP!

The goal is that each time a couple comes into your studio have a fresh sample for them to see. Welcome them into the studio and offer them something to drink. Before heading out of the salesroom, place an album in their hands and tell them a little about it.
“Hey guys, check out this new album. This is our 12×9 size with a rustic leather and blind debossing with the couple’s names. Take a look through it while I grab your drinks”

Again, the more times they can see and touch an album and smell the leather, the more they are going to want one! This is the art of subtle selling and is one of the easiest ways to sell. In fact, I only ask our couple if they want an album twice, once at booking, and once at the final consultation prior to the wedding if they haven’t already added one. The vast majority of the time, clients are asking me about adding them rather than me having to sell!

Offer A Client For Life Program

When selling a wedding album it’s often helpful to give a small nudge in the form of a value-added incentive. This could be anything from a free cover upgrade to additional pages if they add the album at the time of booking. I prefer to give a value ad that gives back and our client for life program does just that. Year after year our clients are coming back and spending thousands on family portraits. This keeps our calendar full in the off season and generates family portrait referrals from past wedding clients.

Since our business model is based solely on an a la carte sales approach, not everyone will choose to purchase a wedding album. We decided that our value add incentive would be enrollment into our client for life program. We explain that all our wedding couples to purchase an album will receive a complimentary family portrait session each year so that as their family grows we want to be the photographer to capture it. After all, we already know their styles and personalities so why let that relationship end after the wedding!

Here’s where it gets good (and we’ve actually had brides tear up). After the wedding, we deliver the digital files to our clients in a beautiful Signature Folio Box from Global Image Products. Inside is a crystal USB drive with their files and three matted images. We tell them that the keepsake box only includes just a few images from the wedding because each year when they return for their family session, we’ll print and mat their favourite image to add to the box. This way, the wedding album is the story of the wedding day but the box will become the story of their family!

This means that your couples are coming back year after year to make sure they fill their box. Each year the session fee is free as is the matted print. Additional prints, products or digital files are purchased separately which means additional income for you! 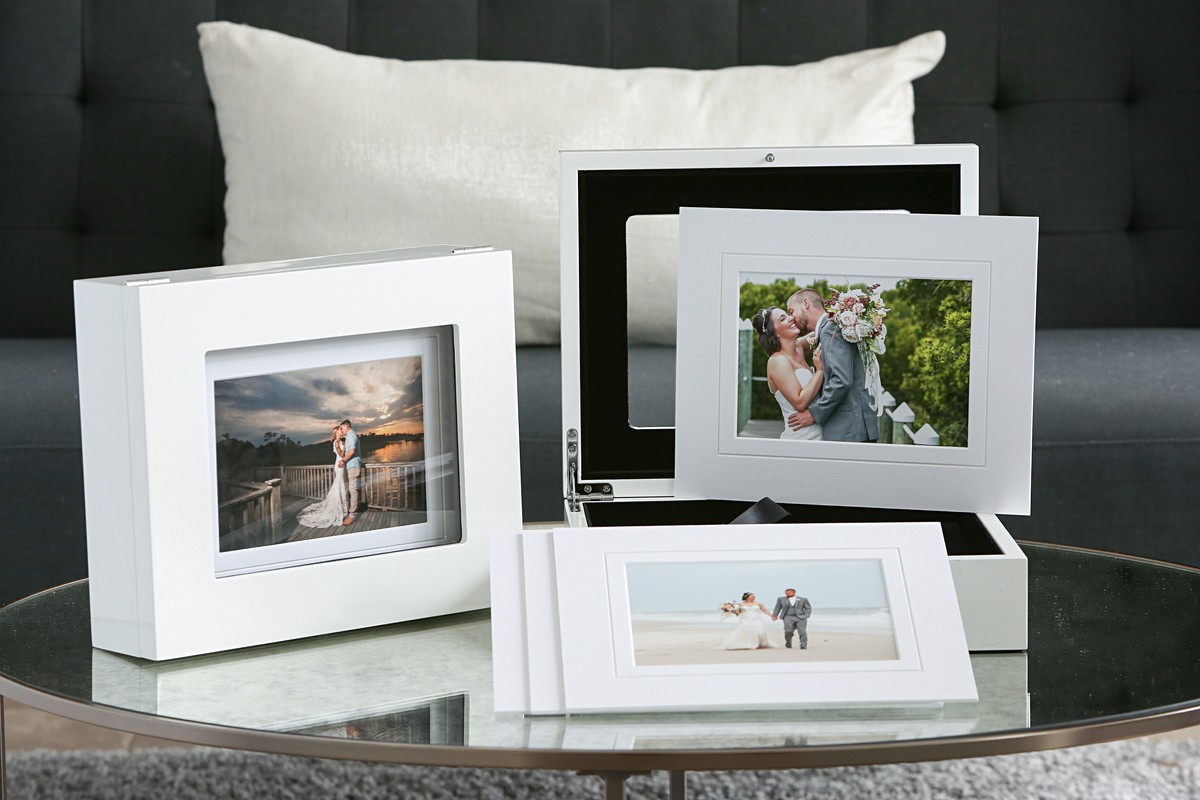 Speed Up Your Turnaround Times

One sure way to kill a sale is to have the couple waiting months to see their images. Strike while the iron is hot! Turn your weddings around in less than two weeks and your chance of selling a large album will increase significantly. When your couple is still excited and still on the high of just being married, they are much more likely to add more spreads, upgrade the cover, or purchase parent albums. Below are a few companies we’ve partnered with to help with our turnaround times.

Evolve Edits is our preferred partner for post-production. Evolve can turn a wedding for us in 3-5 days! The best part is that their premium membership is only USD$199 per month and includes unlimited jobs with up to 800 colour processed images per job. I can tell you it’s the single best decision we’ve made in our business. All jobs, not just weddings go to Evolve which allows us to work on our business and not for our business.

For album design, we use Fundy album designer. No more spending hours in Photoshop or dealing with complicated revision edits. With Fundy, I can design an 80-page album in less than an hour, and changes take only minutes! With Fundy’s Pro Enhancements, we place the album in their online proofer and the client requests changes in an easy online interface that catalogues those requests into and way that makes it painless for us to finalize the album!

Faster turnaround times for weddings and albums does more than increase your sales and lower your production labour costs, it gives you happy clients that will rave about your for years to come!

We hope you’re able to incorporate these tips into your business and start selling larger, more profitable albums. If we can sell albums for USD$3,000 or more in a tiny little beach town full of elopement style weddings, there’s no reason you can’t do the same. Start working your storytelling and design a worksheet for your clients to take part in the design process. When you make it easy for a client to say yes, it’s magical what can happen!

Rotate your phone to portrait to continue